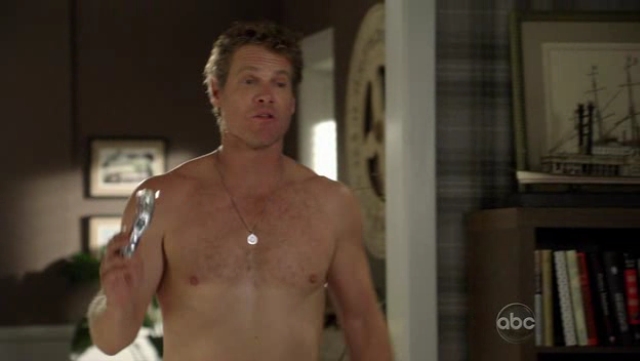 Brian Van Holt plays the character of Bobby Cobb on the hit television series ‘Cougar Town’.  He was apparently spotted outside of a GAP store when he was 18 and was asked to do some modeling.  The work as a male model led him to pursue acting and he soon began getting good roles.