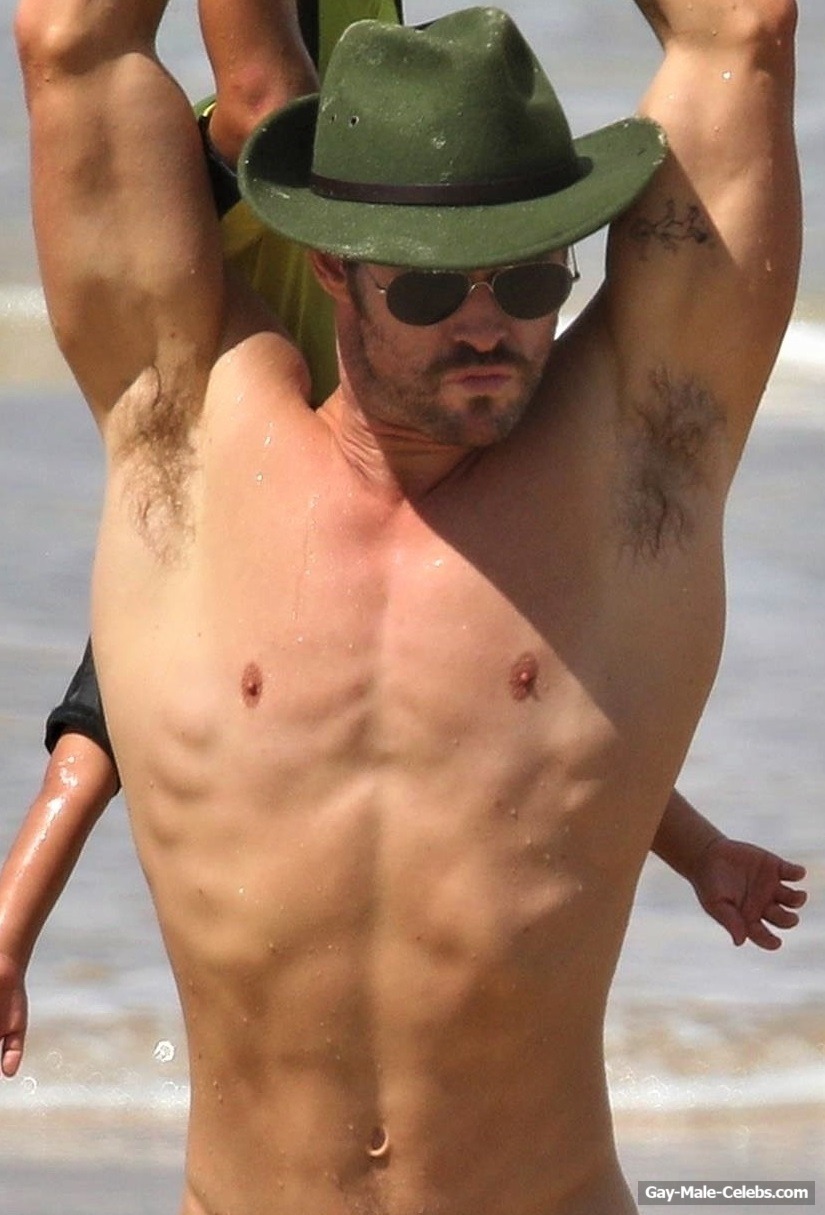 Chris Hemsworth is pleased to show off his nude body at every opportunity. So paparazzi often take pictures of this handsome shirtless during his vacation. And it is worth noting Chris Hemsworth’s nude chest looks incredible.

Paparazzi managed to catch this handsome man near the sea in a black swimming suit. Oh, how amazing his butt looked in tight shorts! What do you think about when he went to the shirtless beach and in denim shorts? His huge bulge is breathtaking, isn’t it? And his broad, muscular chest with small nipples will not leave you indifferent. Oh, this guy can drive everyone crazy just by taking off his T-shirt!

This Australian actor became famous for starring in Australian TV series Home and Away (2004–07). And then he began his film career in Hollywood by taking on parts in the film Star Trek (2009) and the thriller A Perfect Getaway (2009). Chris Hemsworth is one of the highest-paid actors in the world. He appeared in Forbes’ World’s Highest Paid Actors list in 2014, 2015, and 2018. 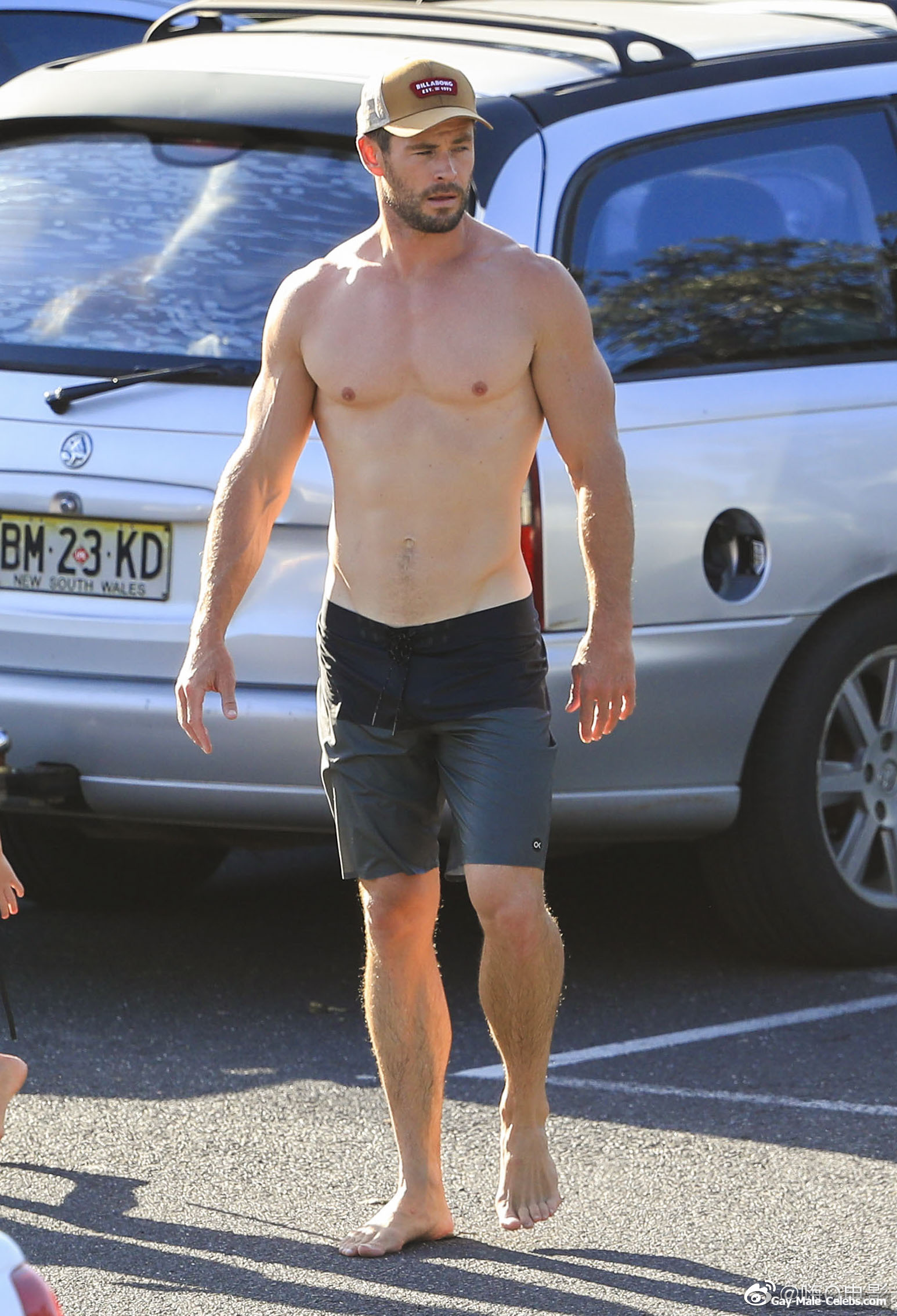 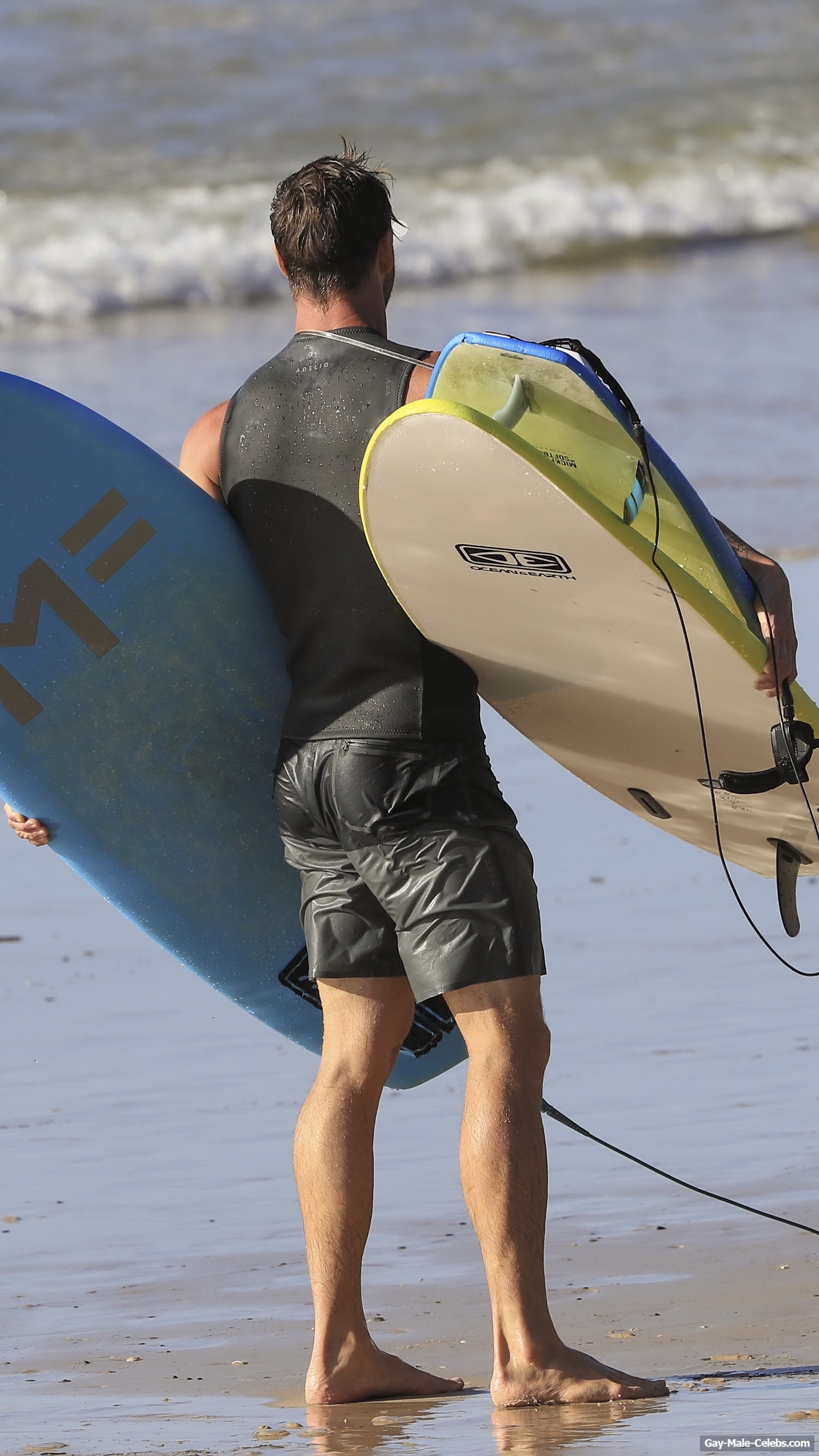 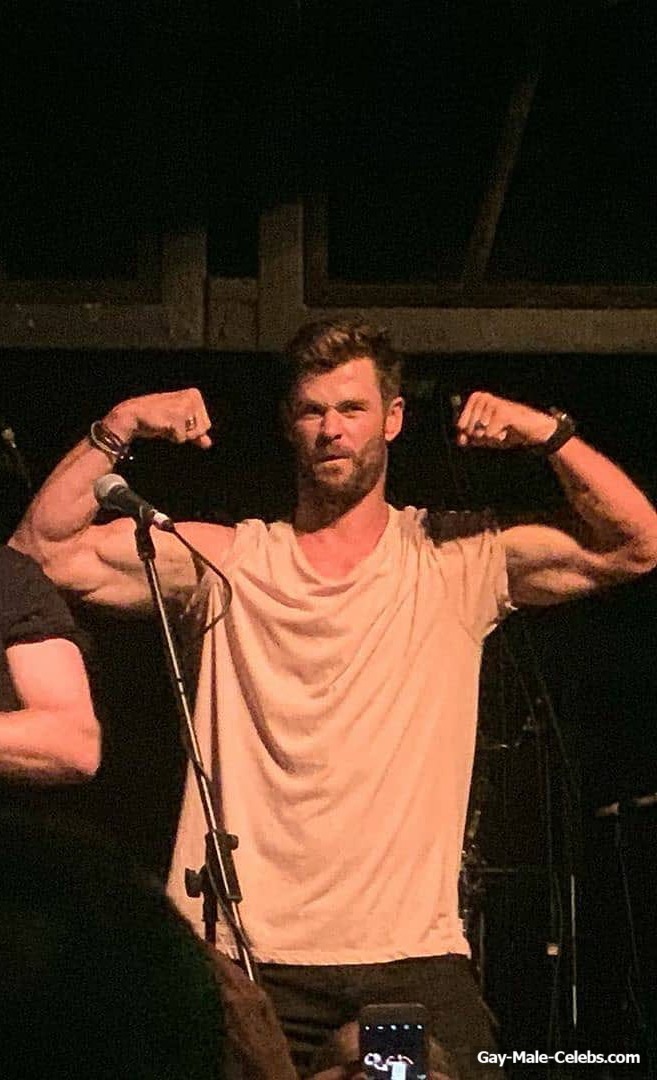 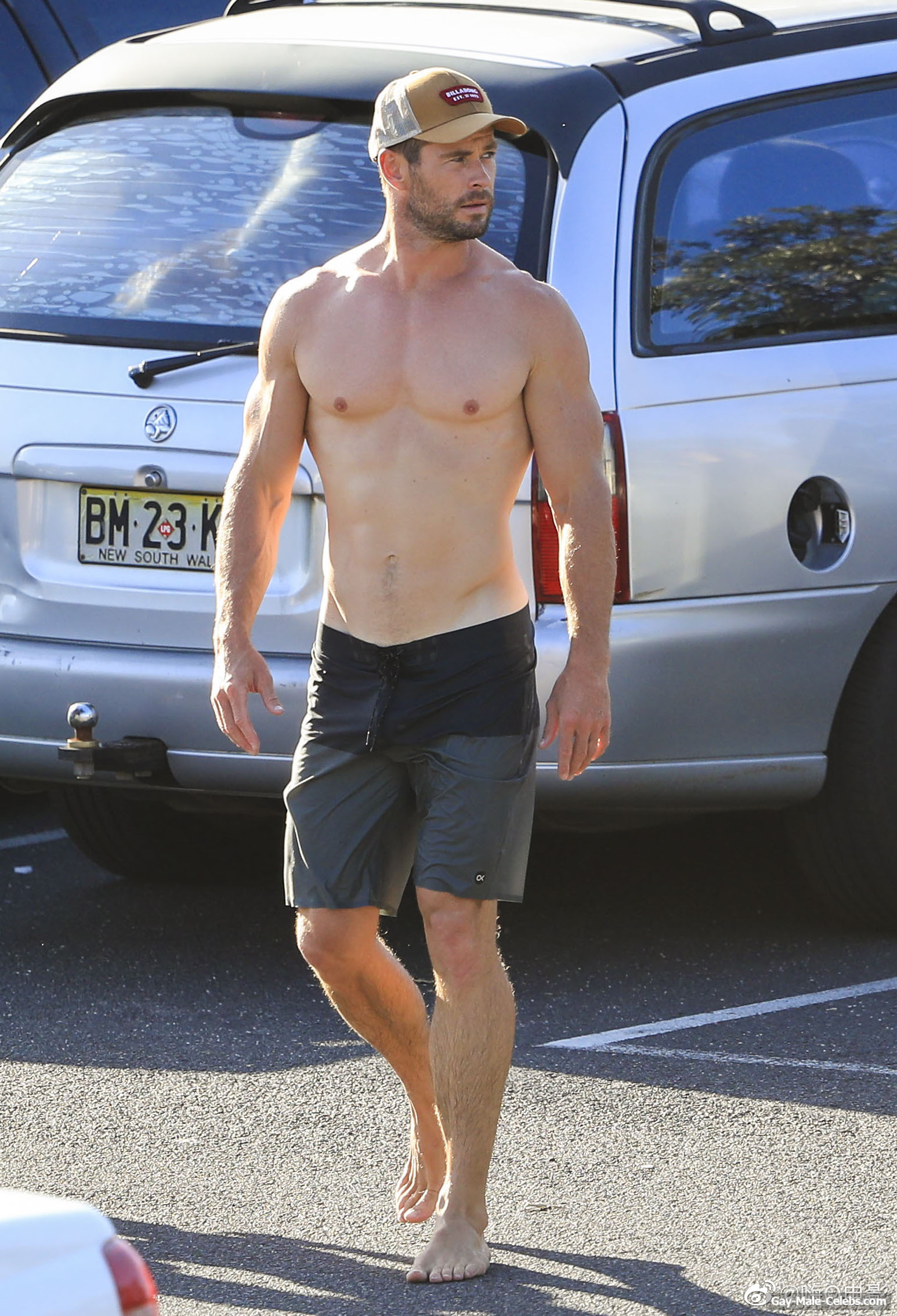 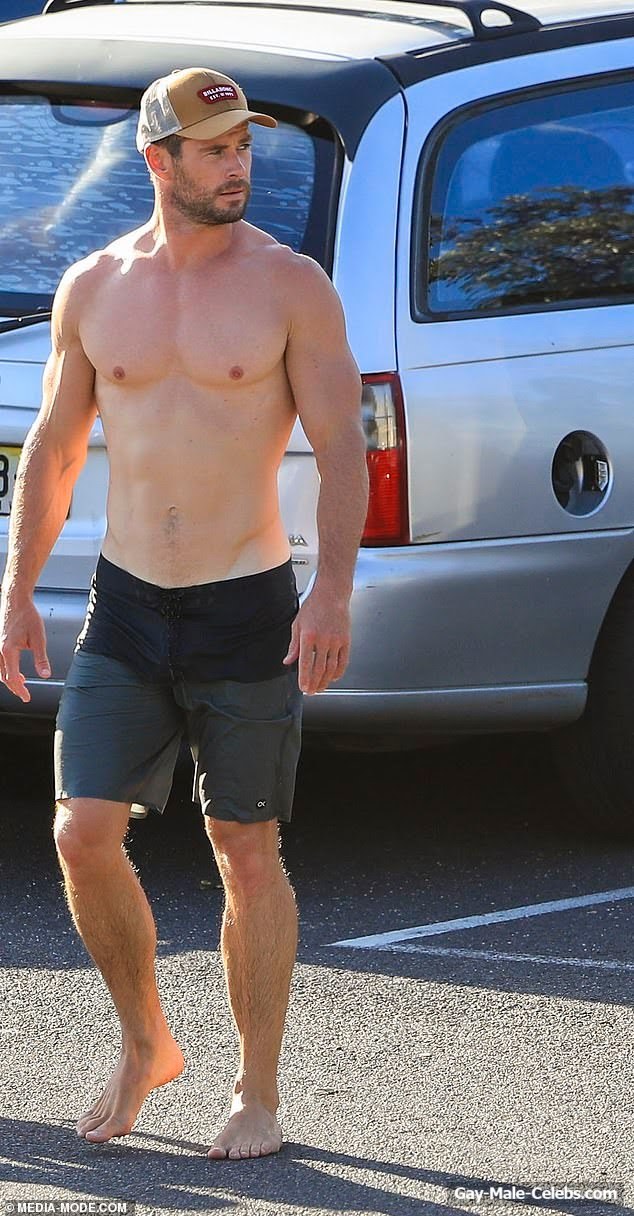