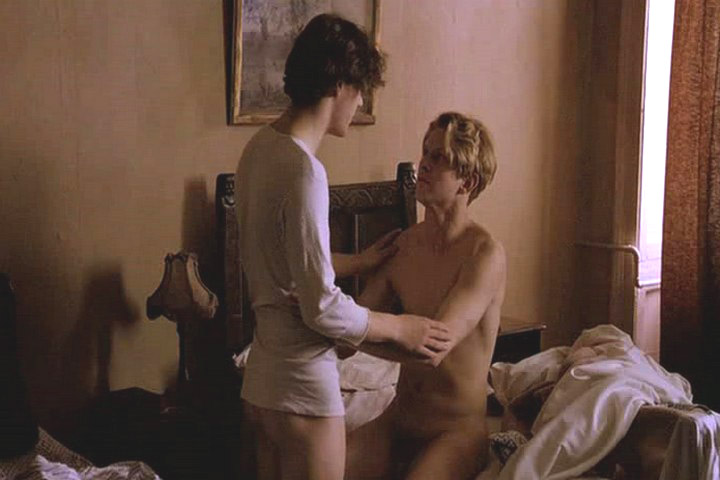 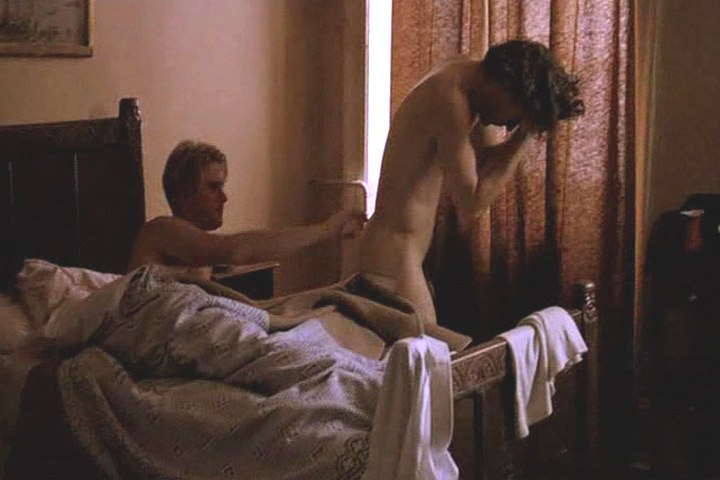 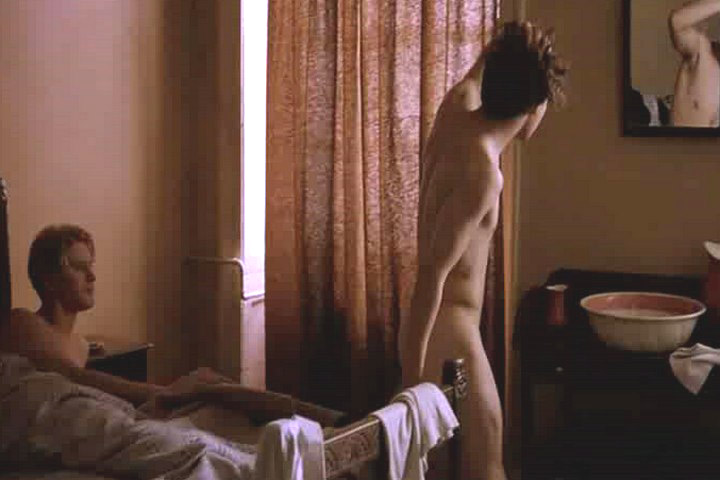 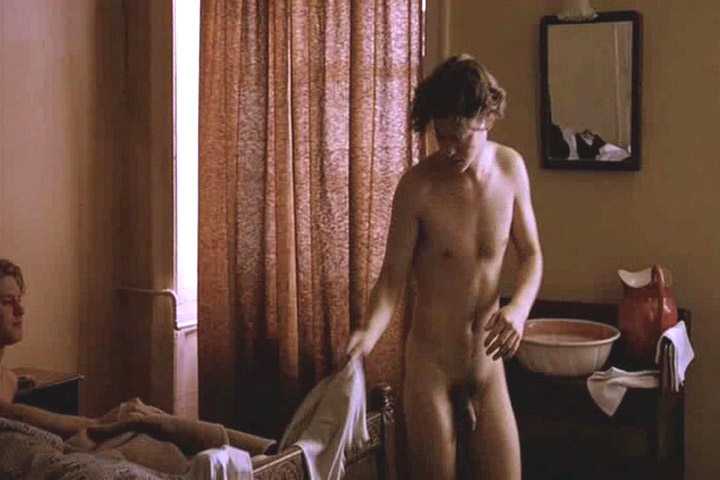 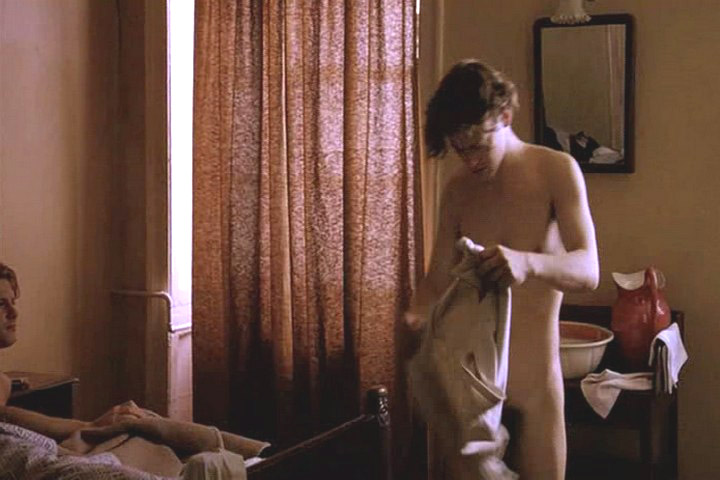 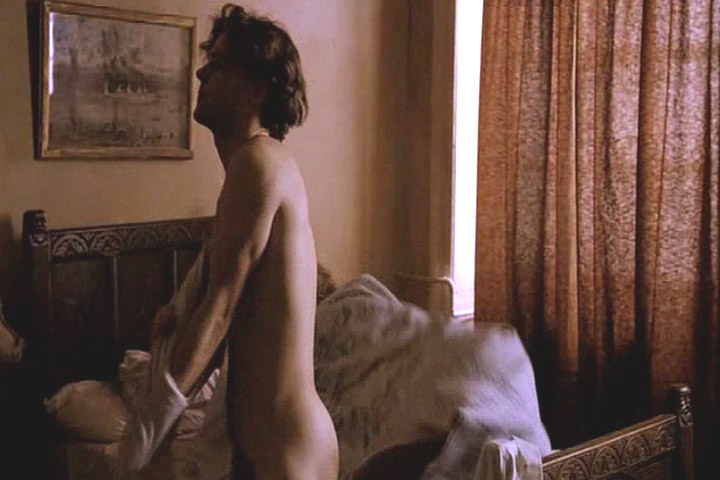 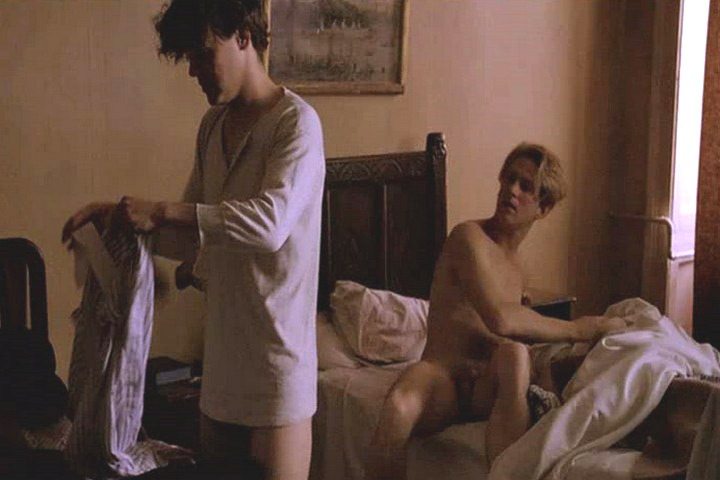 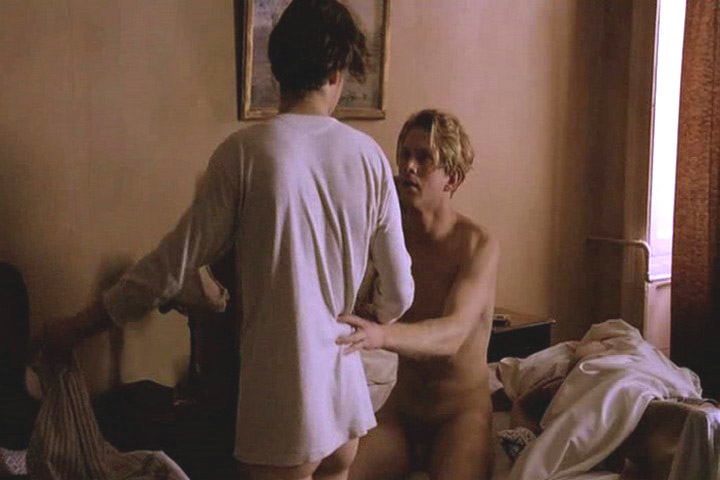 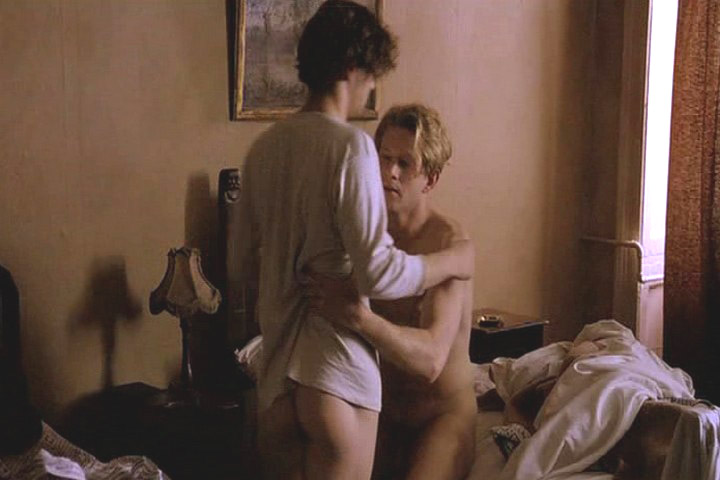 The real male nudity lovers can wonderfully spend their time fascinating the young juicy bodies of the two English celebrities James Wilby and Rupert Graves in a very romantic drama “Maurice”. The movie about two intimate friends who fell in love with each other is enriched by the plenty of gay kisses, exciting nakedness and numerous sex scenes between the two celebs. In despite the nervousness of the actors their play was brilliant even then when they appeared naked, exposing their sweet butts and huge dicks.