Taylor Lautner Shirtless On The Beach 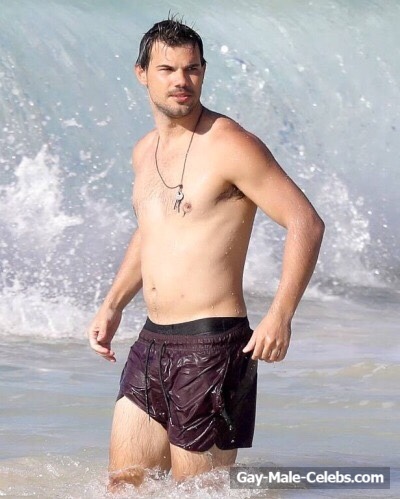 American model and actor Taylor Lautner is known for his role as Jacob Black in the Twilight series of films. The young actor has won over the hearts of many a teen girl, but he’s also been seen with gay male models around. Whichever way he swings, you can’t deny that he is a total hottie and these paparazzi beach photos of him should be enough proof. 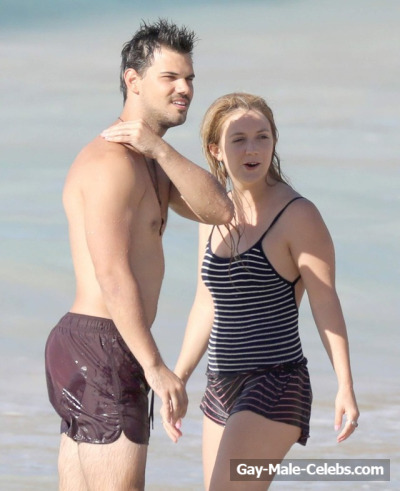 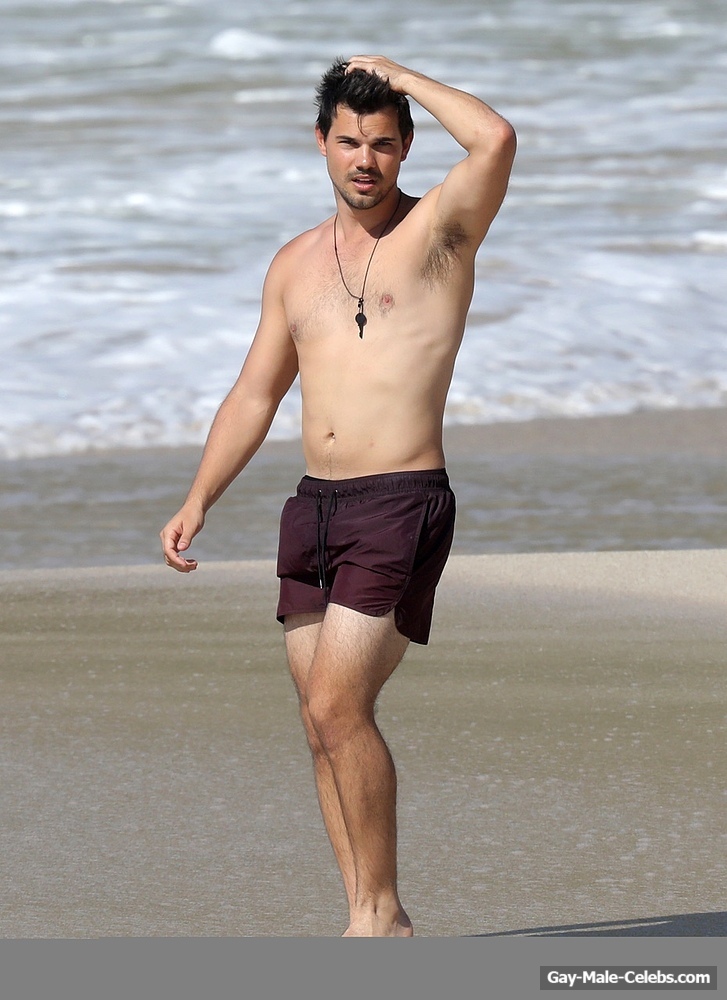 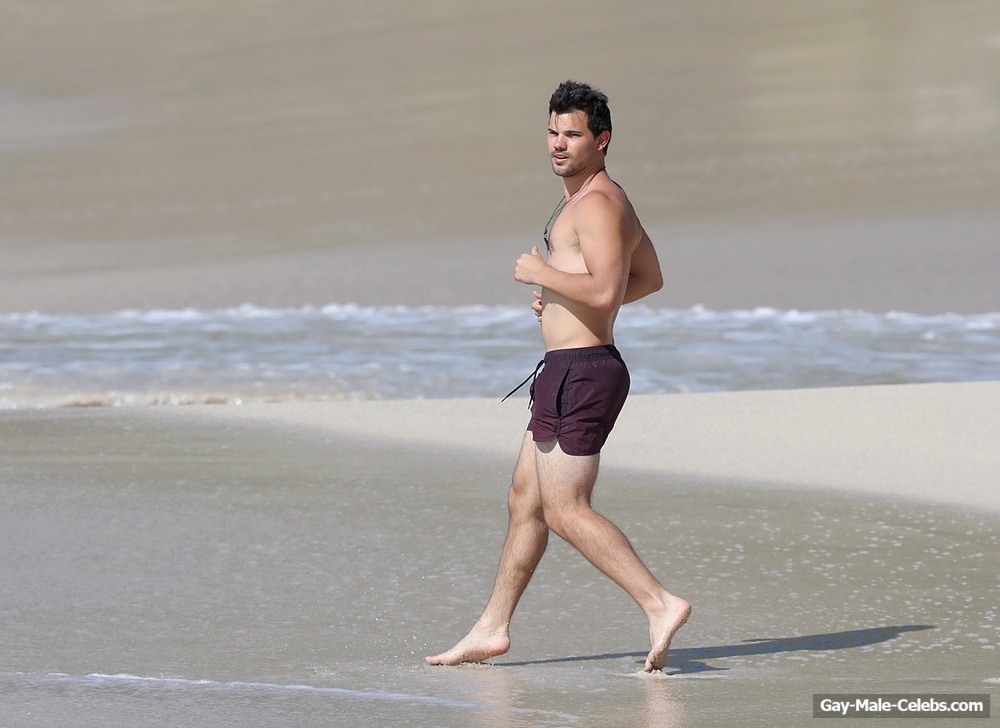 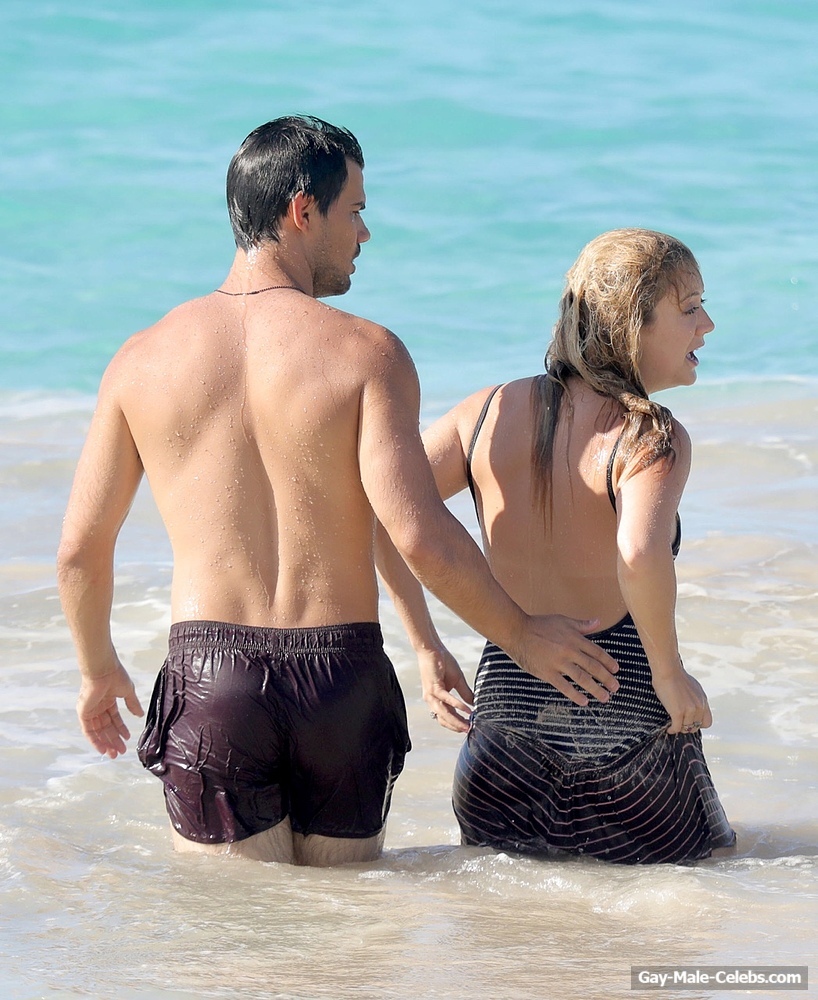 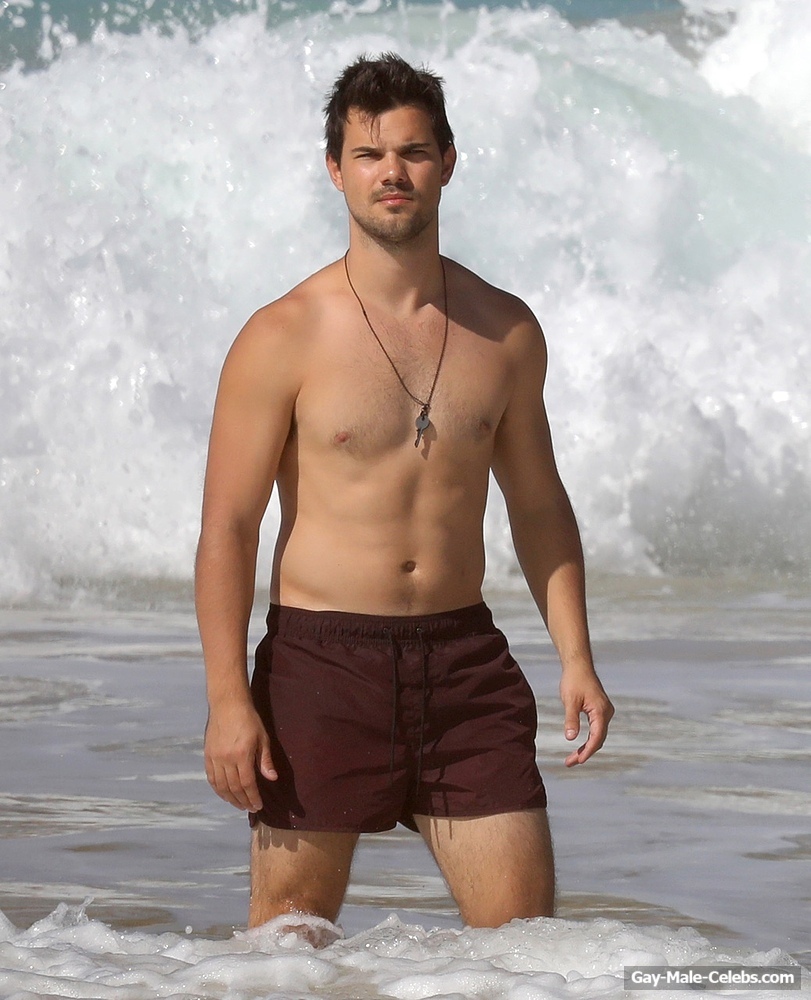 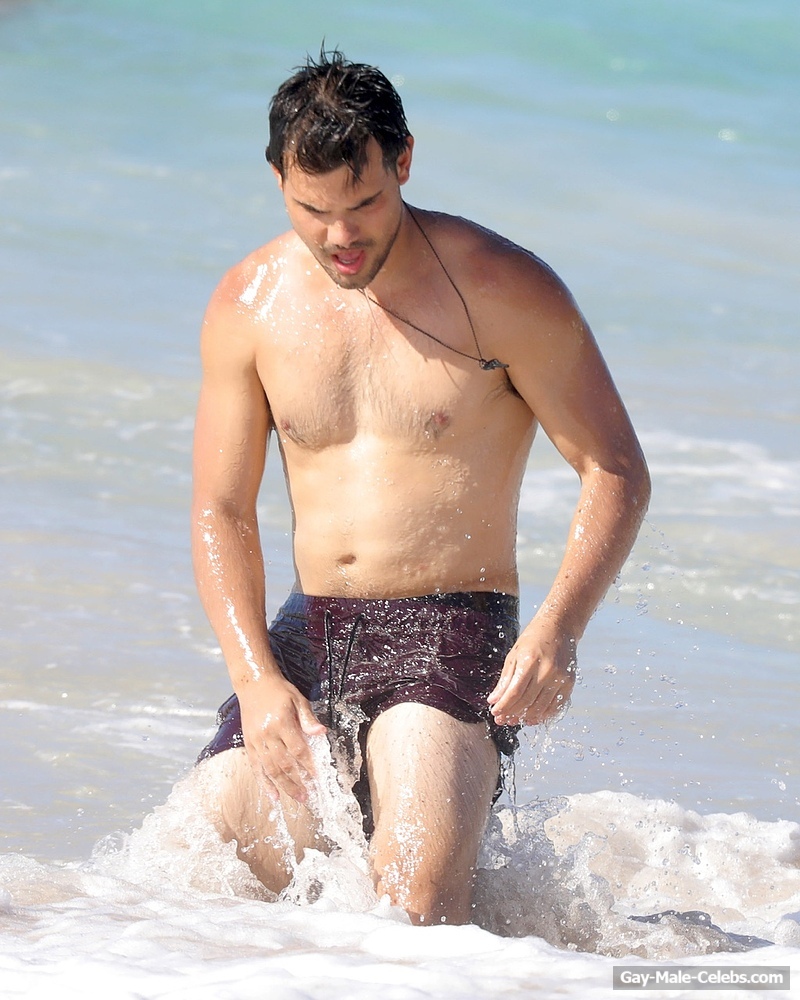